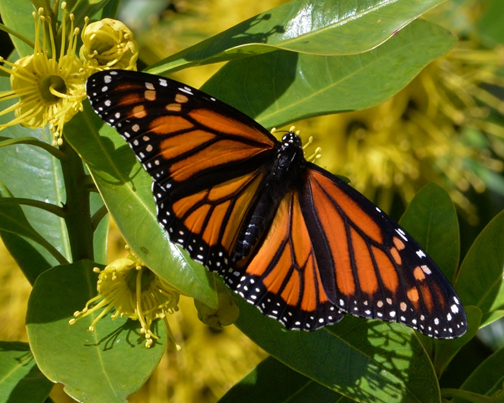 This handsome, large orange and black butterfly (wingspan about 90 mm) is known as the Monarch in the USA, from where it first migrated to Australia in 1871 (possibly blown in by cyclones or as eggs accidentally brought in by American gold miners). The adult is a powerful flier, usually within few metres of the ground, but will also glide long distances. The underwings are similar to the top, but the hindwing is paler. Although they live only a month or two in summer, adults may over-winter in crevices, emerging on warmer days to feed on nectar. The distinctive caterpillar (to 45 mm), with its yellow, black and white transverse bands, feeds during the daytime on the introduced Milkweed Gomphocarpus fruticosus, which is found in disturbed areas. The bright coloration of the caterpillar warns birds that it is poisonous (it absorbs cardiac glycosides from it host plant). The pale green pupa with golden dots pupa hangs from the underside of a leaf via a silken pad. 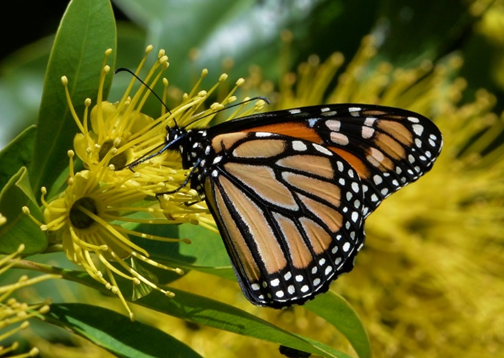