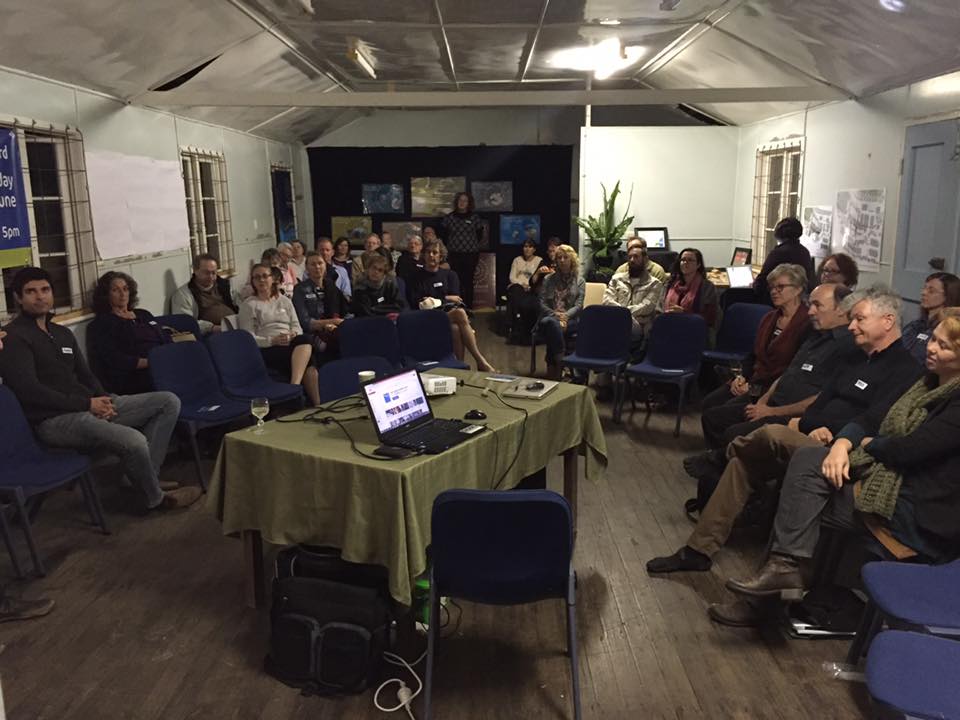 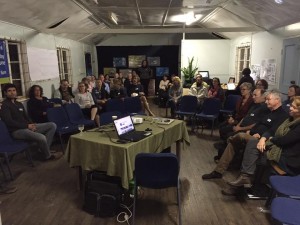 Early in May 2016 the Moreton Bay Regional Council announced the allocation of funds towards Samford Commons, payable over the next two years.

What an outcome from just three years ago, when a group of 500 Samfordites voted to keep the CSIRO glasshouses and buildings and re-purpose them into renewed life.

An enthusiastic group of members and the wider community of all ages (from seven to seventy), descended on the Samford Commons May meeting.

They met in the building proposed as Classroom for students to come and learn the theory and practice of the values of communities and sustainability.

Howard Nielsen addressed the meeting regarding the funding, explaining the $500,000 will likely only bring three or four of the buildings to completions. The majority of the money will be spent in removing asbestos, bringing buildings up to standard for safety and building compliances and in providing disability access.

Special mention was made to Julie, Wendy and the team from the Community Library for their efforts in cleaning and tidying the building.

People from each working group gave a short presentation of the current state of development of that group.

Arran, recently awarded the job of farmer for Millen Farm updated those present on his action plan towards getting veges in the ground. Swales and irrigation head the list.

Andy Curry, presented the concept of the Growing Community…a separate area from the farm itself to grow herbs and veges, along the lines of a community garden.

Lotty gave a presentation on behalf of the School of Sustainability. Locally, Samford schools have already allocated funds of over $25,000 for the classroom refurbishment, with more schools expected to join in and allocate funds.

Vanessa reported on the upcoming Wellbeing Forever Festival to be held on 11th June. This sees Samford Commons partnering with the Samford Chemmart wellbeing network. The Festival stalls and events are spread jointly between John Scott Park and Samford Commons grounds.

Taking advantage of the extra space for stalls has seen an extended range of services offered. Animals health is catered for, as well as extra activities and entertainment. Plus the availability of direct access to Samford Commons grounds through the Samford Commons/Samford Chemmart partnership makes the Festival much more attractive and interesting to a wider range of the public. With this in mind attendance numbers are expected to be up on those of 2015.

Highlights of the Festival will be the inaugural Billy Cart race, to be held on the Millen Farm grounds, and the Short Film Festival!

Already there are rumours of conspiracy and top secrecy in the building of supposedly Formula 1 speed Billy Carts!

Six University of Queensland students in their fourth year of Environment Degrees have been given the project of looking at ways to integrate the Bike Trails, Walking Trails, Horse Trails, Arts Trails and other emerging trails. Hayden led the report on their progress with Integrated Trails.

Julie, Wendy and Kristina reported on the Samford Commons Community Library…which is planned to be much more than a library. SCCL has partnered with Samford Support Network to provide “book bags”. There will be four books in every bag. The bags will be given out on a lend basis to those using the Samford Support Network services. Also included will be a small jigsaw, another way to help keep minds healthy and active.

Peter Booth summed up with a general overview of future progress and ideas. Buildings are likely to be refurbished in pairs. Recycled timber, repurposing glasshouse air conditioner louvers and frames, perhaps a German hedge wall within a glasshouse, public help in donating and planting and landscape plants between buildings…the list goes on.

The meeting was brought to a close right on time at 9:00pm as usual.

A lot of very happy, proud and inspired people drove out the gate and into one of the first cold nights of the oncoming winter season.